Distribution Central has gone through a management shuffle with Nick Verykios taking up the managing director post and former CEO, Scott Frew, remaining as executive chairman.

Verykios will now look after the whole operation, covering Australia, New Zealand and Singapore, along with the company's future expansion plans into the Asia-Pacific region. 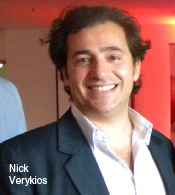 In September 2010, it announced plans to set up an office in Singapore.

“We’re a $150 million player now in the highly competitive distribution market and we’ve got significant customers and vendors,” Verykios said.

“Organically we’ve been growing really fast for a long time and our financial position is pretty strong. We’ve made profit every year despite all the investment we’ve put into the business.

"We’re going to aggressively compete, what Scott and I are going to be doing is innovate with our systems, while we look at other parts of the world. The majority of our competitors are out to get us, we’ve grown too fast, too quick and we’re too successful. There are so many people that trying to take us on." 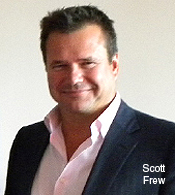 Verykios also plans to spend a significant amount of time with major vendors and customers about the distributor’s market strategy, and taking some counsel from them on how tweak its business to support their requirements.

“That will be developed into our business plan for the next financial year,” he said. “We’re going to be making sure we get to our goal of $200 million organically, and I want to know how we can do more than that.”

Verykios said it already invested $1 million into its Singapore presence, which is due to commence trading this month. He will also be spending a lot of time opening up new branches from the Singapore hub.

“We do have a requirement from customers to do fulfilment in multiple countries,” he said. “We want to make sure we’re providing consistent levels of service and support and bundling into every country that we operate it in.”

Also on his top list of priorities, Verykios will be heading up some innovation committees looking into significant innovations within the distribution landscape.