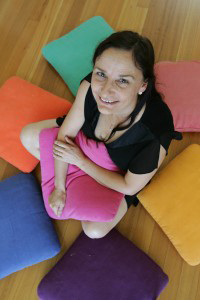 Sonja Bernhardt entered the IT industry by accident.

This would be less than remarkable if not for the fact she was recently awarded the Medal of Order for Australia (OAM) for services to the IT industry. She is not only one of a few technology representatives to be awarded an OAM but the first Queensland female to receive such an honour.

The fact she initially failed her IT course at university as a post-graduate student makes her story all the more confounding.

“I actually applied for what I thought was a human resources [HR] consulting job but it turned out it was for a consultant position for a HR software company,” Bernhardt said.

She had majored in a human resource management degree at university and only dabbled in IT through a course she never passed.

Nonetheless, she was hired.

“I never really knew what I wanted to do until I fell into that job.”

That was 20 years ago. The then divorced single-mother that had a shallow grasp of IT is now a highly-lauded industry icon.

She is a proponent for more women to enter the IT sector and is a founder of Women in Technology in Queensland, a group which promotes the achievements of women in this space.

She has been known to adopt some unorthodox approaches to encouraging women to join the IT workforce such as participating in the raunchy Screen Goddess IT Calendar project.

And she's about to shave her hair off.

But how did she get to this position of eminence? Bernhardt’s first IT employer was Mincom, a large business software firm founded in Brisbane.

Within the first two weeks of her employment and still an IT novice, she was asked to compose a document on the ins and outs of how to use a particular software.

“I had to take all the techy boy stuff and make sense of it,” Bernhardt said. “And I loved it! I had to look at it, talk to the developer, figure out what he was trying to say and translate it into simple English so everybody could understand.”

This marked the first time she felt a sense of satisfaction over being a part of the IT sector.

The document was a success and was still in use several years after Bernhardt left the company.

After a number of years with Mincom, Bernhardt was made redundant in 1991 but it didn’t slow her progress.

Within months she started ThoughtWare, initially as a one-woman IT software consulting company. Some would say she was ambitious, but Bernhardt brushes it off as a way to avoid more job uncertainty.

“It was more about never wanting anybody to sack me again,” she said. “I started my own company so I always knew what was around the corner.”

Perhaps the redundancy was a blessing in disguise as ThoughtWare is now an award-winning software development and consultancy business.

With her company on track, Bernhardt divided her time between running ThoughtWare, promoting women to join the IT workforce, and helping out with various charities.

All of this gave her both wisdom and some realisations.

While there is no shortage of women taking up IT project management and marketing related roles, Bernhardt concluded the design, creation and building of technology were areas that required more awareness.

“The issue of women in IT used to be a major issue and there was an extensive amount of intervention activities that mostly failed,” Bernhardt said. “The aim of getting more females enrolling in the hardcore IT courses has failed.

“The approaches of the past needs to be completely thrown out and the whole issue needs to be rethought. We no longer need intervention activities so it’s probably time to just let the market settle, see what happens then rethink it.”

This year, Bernhardt has decided to ramp up her involvement with charity organisations starting with The World’s Greatest Shave. Her and her family has never been touched by leukaemia or any blood-related disease but Bernhardt thought it was particularly important to be involved.

“I know the fundraising environment is tough since there has been a lot of emergency appeals with all the floods, fire and earthquakes,” she said. “People have already dug immensely deep for those appeals but the thing is you have to keep in mind five people are diagnosed everyday with a blood-related disorder.

“So I have decided to lend my IT profile, weight and credibility to the cause.”

Bernhardt will cut off her long brown locks at Brisbane’s CBD today in a bid to raise $10,429 for the World’s Greatest Shave.

More from APC by Schneider Electric