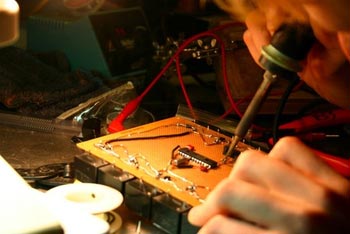 In honor of Geek Pride Day, Towel Day, and the Glorious 25th of May, here are ten of our most favorite hacks featured in Geek Tech in the last five months, running the gambit from phone, car, and CPU mods. Read on for some great moments in geek!

Smartphone Hacking: Android and Beyond 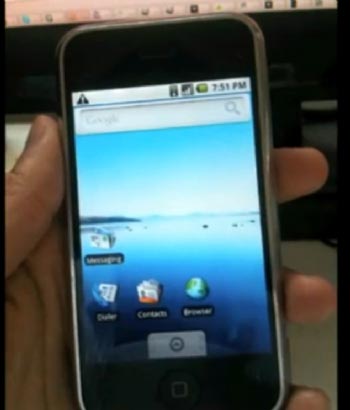 Of all the mind-bending news items that have come out in the last few months, this one was up there on the ridiculous-o-meter: getting an iPhone to run the Android operating system. It's like a Hackintosh in reverse!

How about Plen, the Android-controlled android from Japan? This US$3,000 robot can be controlled via Bluetooth by your Android-running phone to do a variety of cool tricks--it can even ride a skateboard.

If you're looking to jailbreak your iPhone/iPad/iPod Touch but didn't want to use your USB cable, you're in luck. An untethered jailbreak for the iPhone called "Spirit" makes the entire jailbreaking process a lot slicker than having to use your computer to reboot your device running the iPhone 3.1.3 OS.

Overclocking, once the domain of folks trying to eek a few extra MHz out of their CPUs, has spread to the phone hacking community, and you can now overclock your iPhone or iPod Touch. For reals. 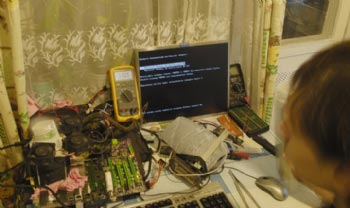 While we're on the topic of overlocking, have you ever thought your Intel Celeron was running too slow? A hacker in January managed to get his 3.06GHz Celeron to run at a slightly absurd 8.20GHz. While the stability of the system might be disputed, it's no small deal to run a chip almost three times faster than it was designed to without melting the processor.

In March we saw the Car-puccino, the car that ran on coffee; it was created for British TV show Bang Goes the Theory. While inefficient (the Car-puccino gets 56 espressos per mile), it's great to see that you can power a car with just about anything nowadays.

My favorite was the entirely rewired Pontiac GTO controlled by an iPod Touch. Control the windows, stereo, and convertible top from across the parking lot? Check. Totally awesome? Absolutely.

A Case of the Modified (Computer) Cases

The Commodore 64 got a makeover, and by "makeover" we mean "reboot." Set to come out on June 1, the Phoenix model from Commodore USA will support a variety of Intel processors, a DVD player, up to 4GB of memory, and 500GB of hard drive space all crammed in the space the size of a keyboard. Will the former glory of the Commodore 64 translate into strong sales for the commodore Phoenix? We'll find out in the next few months. 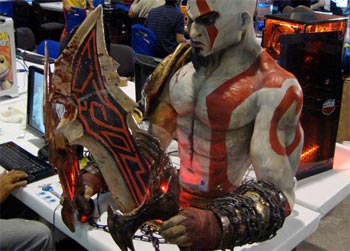 The God of Casemods [Photo via kotaku]

The Case Mod That Will (Try to) Kill You: Why not build a case for your LAN party rig that looks like Kratos from God of War? While the bloodied sword looks a tad scary, you can't deny all the hard work and design that went into developing such a detailed PC case. 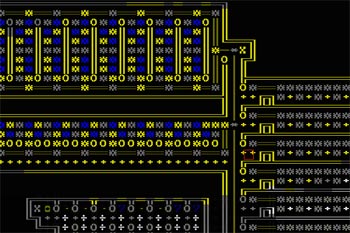 A portion of the Dwarf Fortress computer. [Image: mkv25.net]

Also from the gaming world we present this working, Turing-complete digital computer inside of Dwarf Fortress. Though not a physical manifestation, the in-game computer took 35 game-years to build and includes thousands of pumps, logs, doors, and other components. It's not known how the dwarfs feel about living inside a working computer, as they could not be reached for comment at the time of writing.

The renewed and revitalised role of the channel ahead in 2021