Very occasionally, geeks slip into celebrity where you least expect them. It's no surprise that the ranks of science fiction writers are full of nerdy types, but Sandra Tsing Loh (physics, Caltech) and Norman Mailer (engineering studies, Harvard) are doing just fine on the more mainstream bookshelves, respectively.

The late Kurt Vonnegut was, of course, passionately concerned with technology and its discontents; he started his college career at Cornell in biochemistry and switched to mechanical engineering at the "invitation" of the U.S. Army, which sent him to the Carnegie Institute of Technology (now Carnegie Mellon University) and the University of Tennessee before shipping him to Europe for World War II.

And our free-form entry to the honor roll? Talk show host Montel Williams has an engineering degree from the U.S. Naval Academy at Annapolis and served as a special duty intelligence officer specializing in cryptology, making him a rare security-focused celebrity geek.

We had to draw the line somewhere, and your favorite geek(ish) celeb may have fallen on the other side of it. For instance, Prince and David Bowie were both early Net adopters, but one suspects neither was so much geeking as using technology they borrowed from the spaceships that brought them to our world.

Likewise, Natalie Portman -- beloved of geek fanboys worldwide since long before her Star Wars turns -- is an accomplished psychology student with two published papers under her belt, but psych isn't strictly a science or tech pursuit. (Waaahbulances will please park in the designated Comments section.)

A number of big name stars have taken seriously their celebrity-spokesperson role for various diseases and medical conditions, including the late Christopher Reeve (spinal cord injury, stem cell research), Michael J. Fox (Parkinson's disease), Elizabeth Taylor (AIDS/HIV), and the late Danny Thomas (cancer research; Thomas founded St. Jude Children's Research Hospital in Memphis). Such folks have educated themselves and kept abreast of developments -- an honorable near-geek choice, but not quite what we were looking for in this article.

Red Sox ace pitcher Curt Schilling is a notorious EverQuest and Advanced Squad Leader junkie who has gone so far as to found his very own MMORPG firm and blog, but without more sports stars on our list, he was simply too much of an outlier. (We must admit, though, that the prospect of the man picking up a bat and beating the stuffing out of a defective QuesTec umpire-monitoring machine does provide an argument that Schilling is a technology Everyman ... or at least that he has exactly the same moments of frustration the rest of us do with our work gear.) 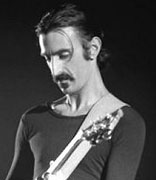 Finally, a few celebrities are geeky, but not as geeky as their reputations. Will Smith, for instance, is known to be a thorough math and chess nerd, but the rumor that he turned down MIT to pursue his Fresh Prince rap career is only that -- a rumor. The late Frank Zappa has an asteroid , various animal species and a bacterium gene named after him, but despite a keen interest in the mathematics of music he was mainly self-taught.

Actress, blogger and environmentalist Daryl Hannah exhibits a distinctly geekish personality, but even her role as Blade Runner's Pris doesn't quite bump her to the top of the list. Neither does fellow environmentalist Ed Begley Jr.'s stint as Greenbean on the original Battlestar Galactica. And Dilbert creator Scott Adams? He worked closely with engineers and the like at Crocker National Bank and Pacific Bell, but his appreciation for nerddom is mainly observational -- he's an MBA with an undergraduate degree in economics.